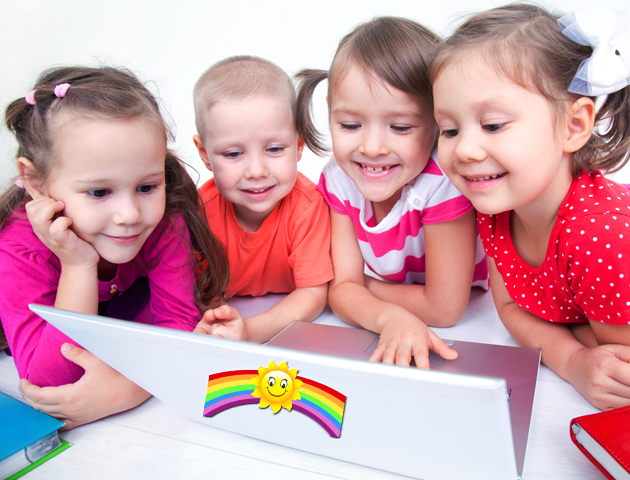 Toodle Toodely Doo is a great song for teaching children some foreign languages – the animals introduce these concepts in a fun, involving way! This song is also perfect as an action song and the children characters in the video show you the actions so everyone can copy them! Of course…. there’s always room for your own creativity so have fun with it!

Suggestions…In the parts where the song lyrics are about the animals, we suggest that you create hand actions to represent the animals. For example, the duck can be hands that “quack” in front of you, the cow has “horns” using a finger on either side of the top of your head. Or the children can pretend to be the animals in the song in those parts.

We now have finger puppets to go with the animal characters in Toodle Toodely Doo book, song and video. They are super cute and we hear that children are having a lot of fun with them! These can “quack” or “jump” as they appear in the music or book. The animals are: duck, frog, fish, sheep, panda and cow.

After the children have listened to the song, or watched the animated video, ask them if they remember the French word for “hello”, or the Japanese word for “hello” said by the fish (Ohayo), the Spanish word said by the sheep (Hola), the Maori word said by the sheep (Kia Ora) or “Hola” for the international version of this video and song, the Chinese word said by the panda (Ni hao). Also ask what the duck and cow say? The two versions of the video enable you to choose whichever one prefer – one is done for kids in Australia and New Zealand (it uses Kia Ora) and an international version for kids outside Australia and New Zealand (this uses Hola instead of the Maori word Kia Ora).

The book was published in October 2017 and with its release came the finger puppets so there is now, like Black and White Cow, a complete set available – a book with CD and mp3 song download, 2 videos (one has sing-along lyrics), and 6 matching animal finger puppets, making our sets quite unique in the marketplace. They are already very popular as gift sets for children. The book is great for all aged children with an interest in animals and story books, including babies,  and the finger puppets are well suited to children aged from around 2 or 3 years.

The complete sensory experience is now available for “Toodle Toodely Doo” – check it out HERE.

And click here HERE for a preview of the book (with the song included)!

© Rainbows and Sunshine 2019. All Rights Reserved.

Made with ❤ on the Gold Coast | eWebDesigns